Is history set to repeat itself? Local YA author gives a unique look into the 1930s 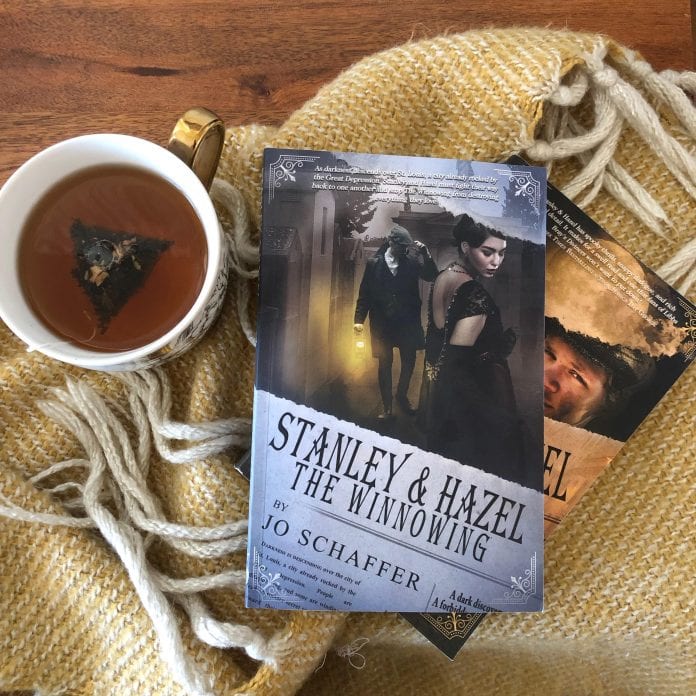 r The 1930s were a time of great entertainment, cultural experiences and new inventions. However, hidden in the shadows of many of these developments was also a source of hidden prejudice among the classes.

Spanish Fork author, Jo Schaffer, dives deep into these themes in the release of her new book, The Winnowing, a sequel to Stanley & Hazel. During that time period, there were groups very interested in doing a genetic cleansing and getting rid of undesirable traits.

Schaffer warns of the consequences that come with that kind of thinking, “From one point of view that might sound like a really great idea but the problem is once you start controlling one aspect of it, whoever is in power can start controlling other aspects of it.”

“Sometimes it might be this person has a disability so we’re going to not let them breed or this person has something else going on with them that we don’t like and before you know it it’s a matter of we don’t want this type of person to have babies.”

Though her book is set almost 100 years ago, readers might notice parallel themes in their own lives. Utah recently made the news by introducing two new bills that would limit the ability to get abortions in the state.

One of these bills specifically eliminates abortion on the basis that the child might have a disability. According to Schaffer, this is not a new topic in our history. The 1930s were a time of great discussion, both in the United States and in Germany, of the morality of genetic cleansing and sterilization.

“Any type of legislation that supports controlling the outcomes of pregnancy because of what we think to be ‘useful’ and ‘normal’ human beings, worthy of living, I think that we need to be very aware that happened before and it did not take us anywhere good,” says Schaffer.

Utah residents have placed their support on both aisles of the issue, often through heated discussions. While her book is designated as a YA fiction tale set in the 1930s, tensions and interactions between opposing sides have many parallels in our day.

Schaffer hopes that people walk away from her book “with an understanding that we can’t just label people and decide because of their label whether or not they’re deserving of equal treatment or care.”

“The minute we start putting each other into groups and deciding which groups are good and which groups are bad then very frightening and terrible things happen,” says Schaffer. While her book discusses these themes, it also tells the inspirational story of two individuals from opposite sides of life and how they became friends.

You can pick up a copy of her books at Amazon and Barnes & Nobles, or at one of her upcoming events. Schaffer will be present at an author meet and greet at the Provo library on March 5th, 7:00 PM.

She will also be co-hosting Utah’s largest teen author conference, Teen Author Bootcamp, where you can hear her speak about the process of writing compelling and accurate historical fiction.