The biodiversity that feeds us is seriously threatened 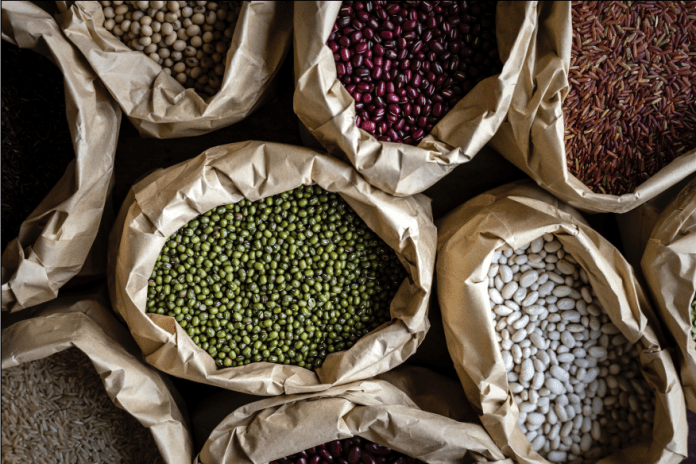 Enjoy the 99th issue of Serve Daily. This issue is full of great articles by local Utah County writers and made possible...
Read more
Viewpoints

Every day can be a better day, despite the challenge

Life is full of challenges. We knew that last year and we know that now. Life, at any time, has at least...
Read more
Contests

The biodiversity that sustains our food systems is disappearing, warns a new report from the Food and Agriculture Organization of the United Nations (FAO).

The study warns that if animals, plants and other organisms that are crucial to our food system are left completely lost, they will not be able to recover, which puts the future of food and livelihoods in serious danger, as well as the human health and the environment.

Biodiversity for food and agriculture includes all plants and animals – silverside and domestic – that provide food, feed, fuel and fiber. Also the organisms that support food production through ecosystem services such as plants, animals and microorganisms (insects, bats, birds, mangroves, corals, seagrasses, earthworms, fungi and bacteria) that maintain fertile soils, pollinate plants, they purify water and air, keep fish and trees healthy and fight the pests and diseases of crops and livestock.

FAO ensures that the increasing loss of biodiversity is being caused by changes in the use and management of land and water, pollution, overfishing and overexploitation, climate change, population growth and urbanization.

The report, which is the first of its kind to date, is based on the study of 91 countries and the analysis of the latest data worldwide. It denounces the reduction of plant diversity in agricultural holdings, the increase in the number of livestock breeds in danger of extinction and the increase of fish stocks suffering from overfishing.

Of the 6000 species of plants that are grown for food, less than 200 contribute substantially to world food production and only nine account for 66% of total agricultural production.

“Fifteen plants provide 90% of humanity with the energy they need to function daily. Our grandparents, great grandparents came to use 7,000 different plants and that has been reduced as agriculture became industrialized, the diet became impoverished, and today it has negative consequences not only to ensure that there will be a representative sample of all species, but also in human beings being overweight, having obesity problems, ” adds Castro.

In addition, of the 7745 local cattle breeds registered in the world, up to 26% are in danger of extinction. World livestock production is based on some 40 animal species, of which only a few provide most of the meat, milk and eggs.

The marine world is also not immune to this situation, more than half of the fish stocks have reached their limit of sustainable exploitation.

“More or less one third of the fishmongers in the world are declining and are being managed unsustainably. The food produced in aquaculture is rising, more than half of the consumption is there, but even so, the species that are usually used come from non-domesticated wild species. The human being is just beginning to learn to manage in our immense seas,” explains the FAO expert.

The report stresses that wild species for food – and many others that contribute to vital ecosystem services for food and agriculture – are rapidly disappearing, including pollinators, soil organisms and natural enemies of pests.

Although the increase in good practices is encouraging, more needs to be done to stop the loss of biodiversity and that is why the report calls on governments and the international community to be forceful and reinforce legal, regulatory and institutions for the sustainable use of resources, create incentives, promote initiatives and address the main factors that cause their loss.

“Less biodiversity means that plants and animals are more vulnerable to pests and diseases. The growing loss of biodiversity for food and agriculture, aggravated by our dependence on fewer and fewer species to feed us, is taking our already fragile food security to the brink of collapse,” Graziano added.

Research must also be invested, warns the report, since more than 99% of bacteria and protist species, and their impact on food and agriculture, remain unknown.

Consumers also have responsibility and can opt for sustainably grown produce, buy from farmers’ markets or boycott foods considered unsustainable. In several countries, “citizen scientists” play an important role in monitoring biodiversity for food and agriculture.

Enjoy the 99th issue of Serve Daily. This issue is full of great articles by local Utah County writers and made possible...
Read more
Viewpoints

Every day can be a better day, despite the challenge

Life is full of challenges. We knew that last year and we know that now. Life, at any time, has at least...
Read more
Contests

I watched Frozen II recently, and honestly, I was disappointed. The makers of Frozen II promised the audience a redemption arc of Hans, the good guy who turned out to be the villain in the
Read more