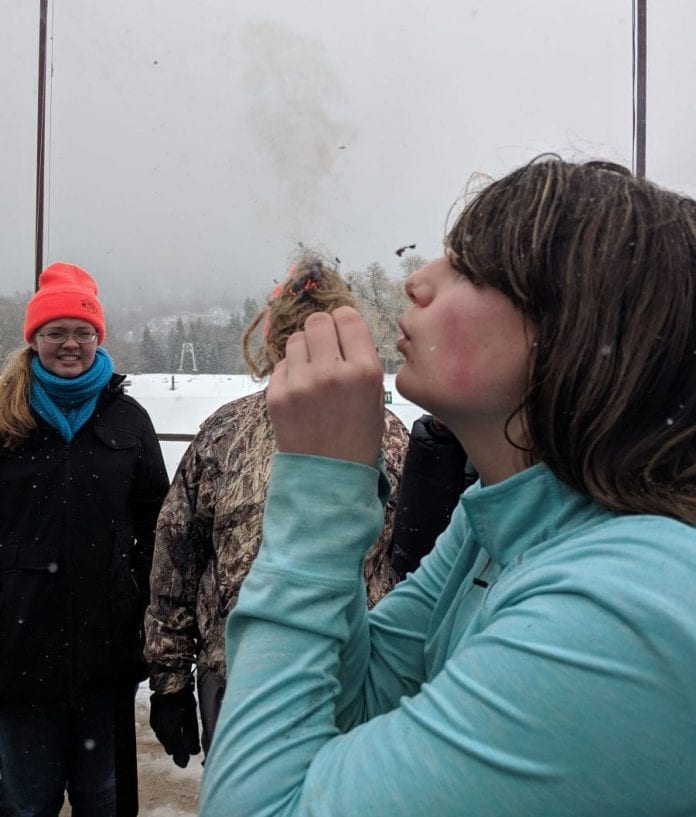 It was in 2017 when the 100+ year organization decided to allow both girls and boys to join the ranks, giving everyone who wants it, a chance to earn their Eagle Scout award. It wasn’t until this year, however, when the BSA would officially admit girls to the program. Now that it’s finally here, Troop 1734 leader Nicole Johnson, who is also the mother of a newly inducted female scout, couldn’t be happier.

“I work for the Boy Scouts and Maple Dell Boy Scout camp, and our first two members were my daughter and a young lady who works for our scout camp,” Johnson said. “When the troop started forming last year, it was really the two of them who helped the troop to grow by sharing their excitement.”

According to Johnson, being girls in a program that has always been for boys, has never been about competing with the boys, but about earning something on your own merit. “We didn’t do this to compete with boys or the Girl Scouts,” she said. “We did this because my daughter has grown up in a Boy Scout camp. She has always wanted to participate and earn her Eagle Scout award, and the only thing that ever held her back was the fact she wasn’t a boy. I don’t feel a need to compete with anybody. Earning your Eagle is a significant amount of work, and doing it for the right reasons is the only reason you should do it.”

It isn’t just earning the coveted Eagle Scout Award, however, that Johnson said draws, or should draw both girls and boys to the BSA program.

“One of my favorite things about this program is that it’s intended to teach the youth important values and how to be leaders,” she said. “I also love the patriotic, spiritual, and trueness to oneself that is a part of Boy Scouts. I really like the Scout Oath and Law because as you break down each promise or sentence you think about how you would apply that to your own life and it’s the kind of stuff just about everybody wants to live by.”

While Troop 1734 has officially formed, Johnson said she encourages new members to give it a try.

“I really recommend that anyone who is interested in joining this program do so, and not just girls,” she said. “One of my favorite things about this troop is the demographics that are coming together. I have girls that are as young as 10 up to 16. I like that we have girls that are more outgoing, and some that are extremely reserved, but together they’re just a bunch of laughing girls having a good time.”

For more information on how to get your daughter or son involved in BSA in our area, go to the Mt. Nebo District, Utah National Parks Council, BSA Facebook page or utahscouts.org to find your local chapter.